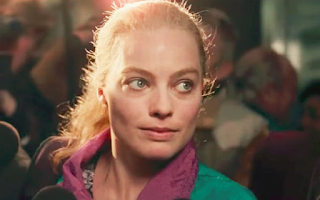 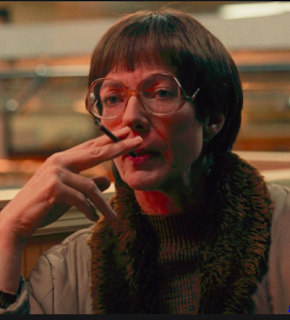 Tonya Harding should be remembered solely as one of the great American figure skaters, the first American woman to land a triple axel in competition. The reason she is not remembered that way is because men are swine.

Her mother, monstrous as she may be, worked hard as a waitress to fund her skate lessons and uses half her lines warning her daughter about men. In the film, we see her watching her daughter's Olympic performance on the diner TV. Her male boss doesn't give a shit, shouting her name to get her back to work. Because men are swine.

Tonya married a man who increasingly abused her the more successful she became, because men are swine.

Her husband's best friend Shawn, a man, ruined her career by indulging in a megalomaniacal plot to assault Nancy Kerrigan. Because men are swine.

The tabloid reporter, played by Bobby Cannavale, harasses Tonya Harding and even feigns having her car towed to get her outside for a picture because men are swine.

The film, written and directed by men, is a black comedy masterpiece, surprisingly moving, and career-high cinema showpieces for Margot Robbie and Allison Janney, showing that, perhaps, every once in a while, #NotAllMen.  But the male characters in the film, who ruin a hard-working woman's life, are obviously the type of person now running the United States -- egomaniac idiot abusers -- who were elected by white men who didn't like the ambitious woman. The pigs have been winning, and too many women have been unjustly punished and villainized, their perspectives left unexplored.


I, Tonya is a great movie about a horrible incident that happened for one reason: men. If truth exists, and I think it does, this proudly postmodern film at least tells this one: Men are swine. Impeach them.