Water has put the fire out. We are in the ruins of a society in which the church has lost its leverage. People have given up on her in the ultimate moment of crisis. When people believe they are in Hell already, the hope for a better afterlife is impossible. Hell is the eternal absence of meaning, all is burned away. Purgatory is the purification that follows. 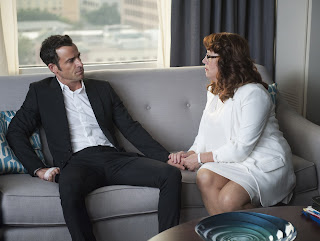 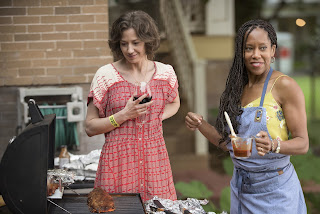 In Texas, the church still has all the power. Worship wants results and the results are good for business. Tourists bring money and walls. There is liberty and justice for all who can afford it.

The exclusion - the remnent - in Season One was symbolic of those who never felt safe in the masses, who never truly belonged in normal times. Now, in Season Two, it's capitalistic. The collective suffering is trying to heal itself and that means healers are in demand. The “blessed” of Jarden brag of the love God has granted them, and The Leftovers continues to weave in biblical tropes. The pregnant couple that find a room, Kevin starting his Christ hero’s journey by not only getting baptized but resurrecting after 3 days.

Time passes, the rapture is smaller and smaller in the rear window.


And now that we are in a privileged town, a society that has all the tools and abilities to get things in order, we feel contempt for people's decisions and stupidity. Here, the human suffering is manmade, which makes it crueler and harder to watch.

Everything men build is inherently tragic at best and malicious at worst. Which, of course, hits very close to home right now. Men make decisions. At borders, at the stock market, at Spring Break, at Costco. It's our mess. And what a mess it is. No apparent God to gift us the excuse for our sins. No NYT article to tell us, why we sinned, why we voted they way we did, why we horded all that toilette paper. We just did. Our pain has moved from the explainable outside to the lonely inside. 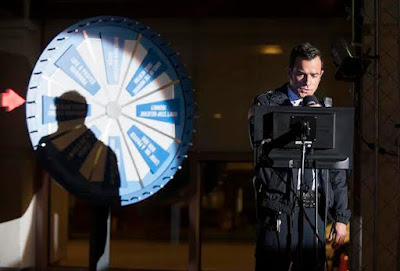 Patti Levin has become a schizophrenic embodiment of confusion. We are at war with ourselves, because the outside doesn’t offer a battlefield. Even at our best, we seek freedom from the cages we build. The walls we put up to protect our wealth become our own prison. 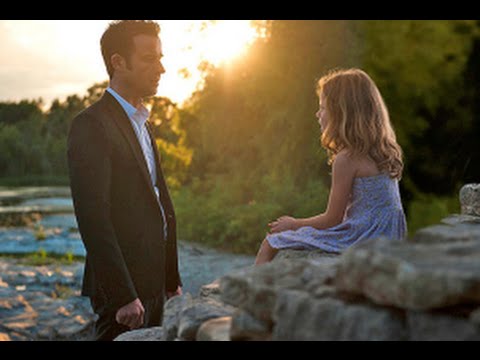 At this point The Leftovers takes religion seriously. Painfully seriously. The Guilty Remnant aren’t in Jarden yet, but other cults are: Christianity, capitalism and infinite obedience of authority. They are marked through the weirdness of their rituals. What’s the difference between the town-weirdo on his tower, cutting goats’ throats, and selling holy water on the farmers market? There is none, what counts is whether the church approves. The stamp of approval is the town song. It starts with: “Broken hearts and shattered lives like wreckage on the ground” and ends with: “Our hearts are pure we knew for sure a miracle / That god had spared our town”. 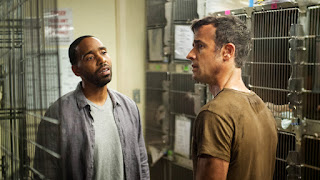 Here Carrie Coon is protecting her daughter from the mob that is trampling over her. Over the course of this season, she has been told that she is the devil herself, that she is selfish, that she isn't capable of love. Her struggle was always on the outside. And she always chose to reject it. She chose - for lack of a better word - love. Love didn't find her, she decided to love her daughter. Her choosing to love was the act of love itself. She took a girl and decided to love her. A girl she doesn't share DNA, race or an origin story with. The Leftovers is a show so spiritually powerful that it becomes everything: political, rational, and personal. It advocates for the Big Tent Idea of the Democratic Party at the same time it wants to reshape our understanding of who Noah (Nora?) should bring onto his ship. 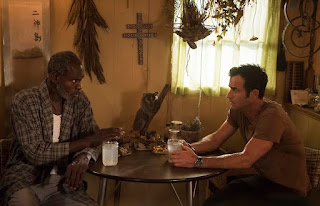 On the debate nature vs nurture, The Leftovers doesn't take sides, and yet, it does. Nature is a powerful force in the world. Dying is the most natural thing there is. We can only learn to let go of our desire to prove the universe wrong on this one. But still, whatever nature throws us, every hardship, every loss we mourn, every trauma we try to tame: In the end, everyone is the sum of their decisions. Especially in the face of nature.

When everything is said and done and all votes are counted, I don't believe in people. I once told a therapist: "I think 90% of people are garbage and if you are good at your job, you won't try to change my mind." Humanity is not something I bet on regularly. But not because I believe people are idiots, but because they choose to be idiots. And I think The Leftovers agrees with me here. 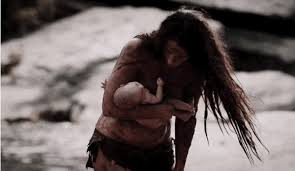 Even coming back from the dead - for the time being, at least - is a choice in The Leftovers. But what makes this show so smart and special is that it can distinguish between choice and logic. To wait for a miracle is a choice, to leave your family, your tribe, is another. Why one does something is overrated. What we do, is essential. Who do you invite into your tribe?  That’s all that matters.

Which is why we opened with a tribe in the Kubrick-inspired prologue of Season Two. Of course, it was all there in the beginning. We only exist because of our ability to include people into our tribe. We don't exist because of the nature of maternity, but because we can extend our maternal, nurturing instincts to others. 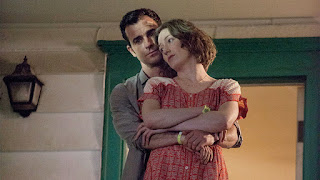 There is so much in this show, so many hotels to wake up in, songs to quote, scenes to describe. And I critiqued the overwhelming atmosphere last season. But here I am, in awe. Because so many fires were smoke screens. Their purpose was, in part, to distract, to tease our longing for explanations. But the bottom line is: we don't know shit. But we can still make choices. We can still accept that we know next to nothing and make the most of it. We can self-quarantine and wait for that next beer with a friend. We can still call our mom. We can still read the news, or not. We can still sign up for the ultimate frisbee group and hope for the summer. We can still accept people in our tribe. We can decide who we protect and who protects us - from nature and each other. 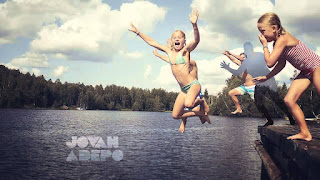 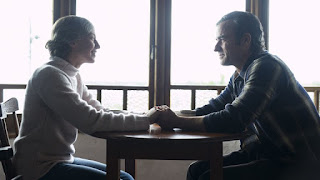