Daniel Day-Lewis is a live wire on screen, dangerous and sparking. Whatever he touches is electrified. When he grins, he crackles. As I believe has been said of him before, a shot of him shaving or putting on his socks is a revelation of some previously ungrasped insight about shaving or putting on socks. I say these things, tired tributes they may be, because they are true. I was so irritated by the "to-do" about his selfishly quitting acting, I was ready to say that it would be no great loss, that talent will fill the vacuum, and that he doesn't even give the best performance in his final film.  Humbly, I confess that such a thing cannot be said about Daniel Day-Lewis or Phantom Thread.  I must capitulate to the conventional wisdom: his retirement is a great loss indeed, and he leaves us, like Greta Garbo or Jerry Seinfeld, wanting more.


Still, he is nearly matched onscreen by the steely Lesley Manville with her soulful Piscean eyes -- a completely different role from her Oscar-deserving performance as a flake in Another Year -- as well as the perfectly cast Luxembourgian actress Vicky Krieps, who is reminiscent of (and is a dead ringer for) a young Meryl Streep. Deliciously, Harriet Sansom Harris pops up for a fabulous comedic cameo as an insecure and inebriated bride.


But even packed with acting talent, this is a Paul Thomas Anderson film, and as always, his hidden hand is in total control of Phantom Thread (even, rumor has it, taking over the cinematography). He is notably gracious in interviews and quick to credit Day-Lewis with improvising the best line in the film - "the tea is going out; the interruption is staying right here with me." Still, the greatness of this movie is not the dialogue, but the performances he elicits and the universe he creates in the all-enveloping sumptuousness of midcentury London's elite fashion world. 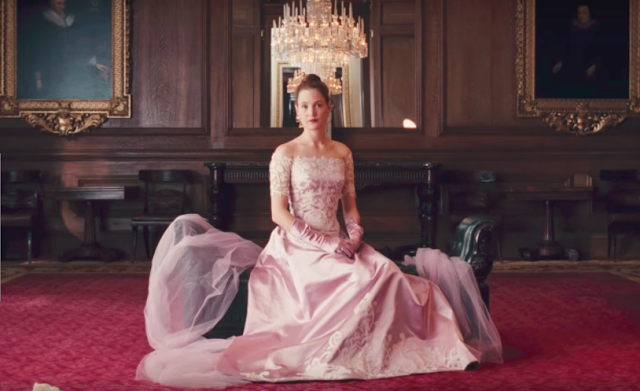 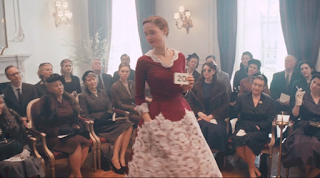 The dresses here are deities, magnificent creations glowing with esoteric energy. There is a sublime duality dance of black and white, with mother-figures from each end of the spectrum hovering over the film in their white wedding gowns and black frocks, representing mysterious opposite forces vying for the soul of Daniel Day-Lewis's dressmaker character, Reynolds Woodcock. The love affair at the center of the film with Vickey Krieps's magnetic waitress, Alma, is both toxic and intoxicating. Together they explore the mysteries of creativity and bipolar impulses toward both the light of ecstasy and the darkness of despair. Indeed, every rose has its thorns, and the thread cannot become a gown without the needle.

When they (mild spoiler) marry at last, with Krieps draped in grey, it is a transcendent joining of the light and the dark, an achievement of a sort of cosmic balance of feminine forces of creation.  According to Anderson, like Aronofsky in the unruly Mother!, the great fear is not the supposed non-being of death but an inescapable eternity of life after life, and such a philosophy grants their films a cosmic reach of infinite meanings and possibilities lesser artists dare not touch, for it is the edge of madness.  The critics, even those who love this film, call it "odd" and "small," but make no mistake, Phantom Thread is timeless, and like all great art, is destined to be rediscovered, even obsessed over, again and again in decades hence, by those convinced they possess the eyes to really see.

There are several directors working today seemingly vying for the crown as Stanely Kubrick's successor, and Spielberg and Nolan, in particular, have grasped for the baton in their own ways. But if it wasn't clear before, after Phantom Thread it would be difficult for me to call anyone but PT Anderson today's cinematic master in the Kubrickian tradition. The influences here are many and well considered, more subtle than Nolan's, from a candlelight dinner scene reminiscent of the groundbreaking natural light shots in Barry Lyndon, to the final line of the film, a more genteel echo of Nicole Kidman's desire to "fuck" at the end of Eyes Wide Shut.  Like Kubrick or Orson Welles, Anderson is above and beyond an awards season snub. His work will endure and grow in stature over time because of its master craftsmanship and originality, and any future golden statue placed in his hands will grant the Academy stature instead of the other way around. This is a great talent, a filmmaker of such ambition and novelty he is on a higher, stranger plane than the rest.  I cannot wait for what this rare disciplined visionary comes up with next -- I only hope that, unlike Daniel Day-Lewis, Paul Thomas Anderson never stops doing what he was put on this earth to do.  In this lifetime, at least. 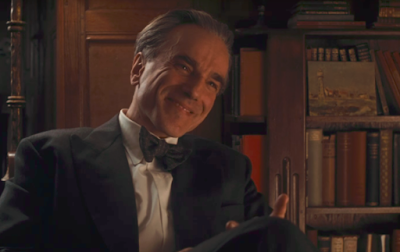