I should tell you, I still have not seen Best Picture Winner Green Book (I'm not paying 14.99 on Amazon), but I did watch all ten "movie clips" on youtube. The actors did a good job with the material, but if this is what Hollywood wants, I have a treatment about the year I spent living and befriending three fantastic frat brothers, who taught me how to shotgun a can of beer and I took them to a gay bar: "Fabulous Always Prevails." It's Cinema! 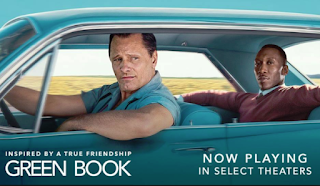 Full disclosure: Green Book is the only of the Best Picture nominees I have not seen in entirety (just the many available clips). That said, the trailer made me cringe, I did not like the people who wrote, directed, and produced it. I did not like their tone in interviews. I did not like their interviews. Some of the scenes I saw were interesting, but I hate that it sucked up the attention that other, probably better films, and I’m ranking it last here. If you saw it and loved it, happy for you. It means well. 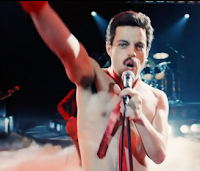 First, let me say, I genuinely enjoyed Bohemian Rhapsody. I did not *hate* it as some people did. I thought Rami Malek gave an uneven, but ultimately spectacular, performance. It wasn’t my favorite Lead Actor performance of the year, but it isn’t undeserving of awards attention. The last 20 minutes, in which they re-created the famous Live Aid concert, were transcendent. One can see why “audiences” (oh, how that word drips with condescension) loved the movie.

All that said, you can also watch the actual Live Aid concert.

I *was* disappointed in the film. I wasn’t as angered by the apparent framing of Mercury’s gay experiences as morally frowned upon and dangerous, because 1. It WAS morally wrong to cheat on his female partner, and that’s how I took it and 2. It WAS dangerous. I was definitely let down by the lack of creativity in portraying Mercury’s hard-partying fabulous rockstar lifestyle. We should have seen the heights in spectacular epic manic glory. We should have had a real taste of why that life glitters and thrills, at least for a time. We certainly experienced the consequences – but the experience of the joy was all too brief. An R rating probably would have helped.

And parts of the screenplay – that lamp signaling, the reliance on music biopic tropes – were just ordinary to misguided. The movie works as it does because the music of Queen is never not going to move you to your feet, and the performances were good to great. But the film as conceived, written, and directed is merely ordinary. Queen – and Freddie – deserved so much more. Three stars out of Five. 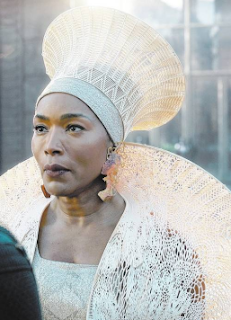 I saw Black Panther in 4DX which threw my note-taking utensils about the theater, gave me a headache and nausea, and nearly shook me to death. In terms of that horrible experience, never again.

All that said, despite enduring a theater which attempted to destroy me, I very much enjoyed Black Panther. It was one of the best “Superhero” films I’ve ever seen (if not on the same level of enjoyment as, say, “Batman Returns”). From me, that's faint praise - but praise. It was for sure the most important film of the year, in terms of making history and launching a great talent like Ryan Coogler into the stratosphere.

But ultimately, it was a really good Superhero film. It’s truly enjoyable. It’s smart. It’s a great Blockbuster, but it wasn’t even close to one of the ten best films of the year, not for me at least.  Often, the Academy settles on a Blockbuster consensus for best picture that wasn’t actually the best picture (Argo, for example) and I’m almost always against it. I’m against such a win here. I’m not against the movie itself, and hey, a win would still be pretty neat, at least in the context of the Academy awarding Best Picture for reasons other than actually being the Best Picture. We’ll see what happens. 3.5/5, as an Oscar contender. 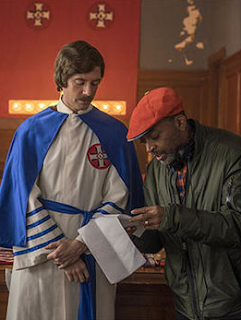 “Come on – we would never elect someone like David Duke as President of the United States of America.”

This is a very good film. It’s not my favorite Spike Lee joint, but, the great directors are so rarely honored by the academy for their best. The dialogue seems off to me at times, it balances a Blaxploitation-satire tone between comedy and drama that works well by the end but has some rocky spots.

There is a sequence, a half hour from the end, the parallel meetings with the KKK initiations (I love Topher Grace in anything) and Harry Belafonte’s telling the story of a tortured black man and the Birth of the Nation film, ending with “White Power” and “Black Power” chanted like magical incantations, which summoned an image of a torn America, with these forces of ongoing civil war – basically of good and evil – at battle. It’s a stunning sequence, and it elevates the whole film. I’m not sure the clips at the end of Charlottesville were necessary – the film itself ensured Charlottesville was on your mind the whole time – but preserving Trump’s “very fine people” in this context for cinematic eternity is fine by me.

Denzel's son John David Washington seems fine, and Adam Driver was fine. Laura Harrier was very good as the Black Student Union president but her character as written was far too 2-dimensional, the cliche "you can't change things from the inside!!!!" and that always annoys me.

I loved the opening of the Gone with the Wind scene. I loved that this was a complicated story about cops being morphed into a force for actual justice (at least briefly - the fight is long) at the end via real representation in the force. This is the first film on the list that I would find a Best Picture win truly deserved. 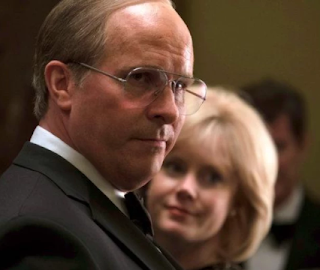 Ambitious and wildly entertaining, if uneven and at times insane, some hated this movie for its obvious contempt for the audience. Anyone who is a fan of the Fast and the Furious films would probably leave this movie with a bad taste in their mouths, for reasons you understand if you saw the movie. But, what can I say – I loved it. Unlike some of the films lower on this list, I was riveted throughout, despite this being a far from perfect movie. Amy Adams is spectacular as Lynn Cheney, and Christian Bale – a man I dislike – is obviously great as Dick Cheney. Steve Carell as Rumsfeld was also unexpectedly excellent. I love a film that takes huge swings and big risks. 4/5 stars

Splendid, gorgeous, closely observed and finely crafted – for some reason the end didn’t move me as much as I thought it should. But a closely observed masterpiece all the same. The central performance from Yalitza Martínez is wonderous, even if moment to moment it isn’t quite clear why the protagonist of the film is so passive. It shouldn’t work, really, a protagonist like this - but it does, and it’s almost mystical the way it works. Could easily be number 2 on this list – but the gay in me won out.  4.5/5 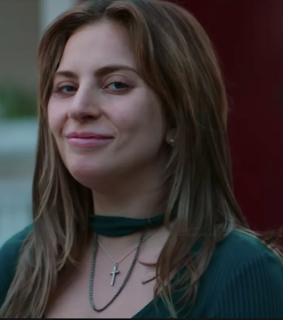 Sure, nothing lives up to the first half. But that first half is a masterpiece. Unlike Roma, it was a surprise masterpiece – and I love a surprise masterpiece. Gaga and Cooper walked the high wire and didn’t fall. The music was instantly iconic and itself and worthy of the previous “Star is Born” films, even Judy Garland’s (unlike the score to the Mary Poppins Returns, which only caused us to wish for the original). I loved it – if the second half were as perfect as the first, it would have been the film of the year.  4.5/5

No film this year was as perfectly conceived, structured, and performed as this – a stunning combination of strange, antic comedy and ultimately moving drama from the utterly original mind of Yorgos Lanthimos. Olivia Coleman as Queen Anne turns in – like Lady Gaga, Melissa McCarthy, Yalitza  Martínez and Glenn Close – an Oscar-deserving performance. Best Actress is the strongest category of the year. I’m glad I don’t have to choose.  But I can choose best film – it’s The Favourite. It’s hilarious, queer, and leaves you devastated. Emma Stone’s snort alone was a masterpiece.   Five Stars.