You may not remember, but the original Mamma Mia film, released ten years ago, is pretty darn strange. Half the male cast can't really sing (Pierce Bronson didn't even know Mamma Mia was a musical when he signed on, he just wanted to work with Streep). There are smash cuts which don't align and seem either careless and amateur or, at best, purposefully slapdash and surreal. There's a smash cut to an "Illuminati eye" on Stellan Skarsgard's knee, for some reason. Perhaps to tempt me. No, we won't go...there.


It was glorious sentimental schlock filmmaking, self-conscious camp which therefore wasn't camp but something else, something more obnoxious and yet also artful. Any critical attempt to tear it down -- and there were plenty! -- was easily trumped by Meryl Streep's miraculous rendition of "The Winner Takes It All" to James Bond, recorded in one take.  Despite the reviews, the film was an astonishing worldwide smash, an escape into bliss in the midst of global financial collapse -- just as the original Broadway musical, as Meryl Streep wrote in a raving fan letter, gave New Yorkers an injection of joy in the wake of 9/11. 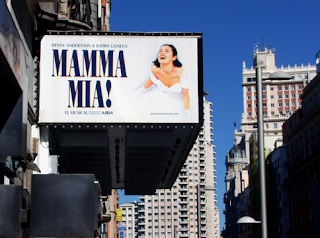 And yet, somehow, Ol Parker's sequel is both more bizarre, more emotionally satisfying, and even more perfectly timed than the original. And it takes a great cinematic risk (minor spoiler): early on, we learn that Meryl Streep -- who carried the first film -- is dead.  For the rest of the film, the characters yearn for her, and she haunts us, watching over the proceedings with her angel eyes. Like the early death of Carrie Fisher before her work was done and the tragedy of Hillary Clinton's loss to ascendent evil, the woman we had counted on to lead us is gone, leaving a new generation to muster through and come into their own.

It works because if Meryl as Donna is Marlon Brando as Don Corleone, Lily James -- who plays the young Donna in this flashback-structured film -- is a supremely talented Robert DeNiro, and ably holds the screen in this Godfather Part II of ABBA musicals. In fact, that classic sequel/prequel is a direct inspiration for Here We Go Again, as the filmmakers have discussed openly. In one scene, young Donna and Bill assist a bride named Apollonia find happiness and true love, instead of the bloody end her namesake meets in The Godfather. In another, Donna bonds with Sam by calming a frightened horse -- a rather different use of the animal than in the Godfather films.  Indeed, if the Godfather movies are the cinematic masterpieces of the War God Mars, Mamma Mia venerates the Goddess Venus (or APHRODITE!), and the Goddess of Love blesses these characters with reconciliation and renewal, instead of curses of violence and revenge.

In each film series, new life is baptised into the sacred community of the characters -- but whereas the baptism of Corleone's Godson (played by infant Sophia Copolla) is intercut with scenes of worldly murder, the baptism of the (coincidentally named) Sophie's baby (witnessed by the ghost of the Godmother, Donna) is intercut with the past baptism of Sophie herself in the same church, emphasizing the feminine spiritual continuity of the characters, untainted by the worldly material Hell of men (the Hell where Sky is trapped in for much of the film, as he debates taking a job in Manhattan).


Mamma Mia: Here We Go Again is all about mothers, music, and the triumph of the feminine collaborative spirit over masculine competitive violence. Instead of adapting to succeed in a fallen America like Vito Corleone, Donna creates a utopian Olympus with her own rules. Intriguingly, her refuge isn't ultimately an escape after all, because in the end, even after her death, the people she cares about (even her long-lost Vegas (Godfather II!) mother) are compelled to visit the world she created, the world of song, dance, and sunshine. A world of love. 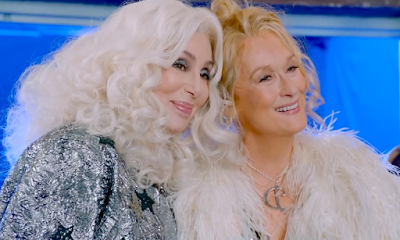 It is also a film about female empowerment. An early scene, in an attempt to shoehorn in the ABBA B-side "When I Kissed the Teacher" into the plot, we see Donna's graduation from Oxford. It is announced that the class voted her to give a commencement speech -- a tradition some critics noted isn't actually followed at Oxford. They are correct: it is, perhaps, a reference to Wellesley College, where Hillary Clinton was voted the first-ever student commencement speaker in 1969 -- and her off-the-cuff remarks in response to visiting Senator Brooke became famous after an article in Life magazine. And as Hillary said then, the goal of education "must be human liberation -- a liberation enabling each of us to fulfill our capacity so as to be free to create within, and around ourselves." 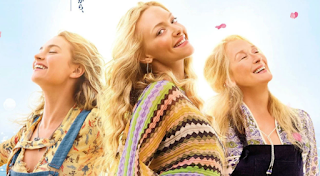 Donna, like Hillary, goes on to do exactly that: freely shape her own world through self-expression, planting seeds for a better world for everyone else. She also, like Hillary, found solace in her relationship with her daughter after her heart was broken by men. Both women are devoted to their matrilineal line and female friends. The centerpiece of Hillary's never-given victory speech was a tribute to her departed mother, and it was into the arms of her friends she returned to after her loss -- even the friend many blamed for her defeat. Both women represent the idealized promise of a female-ruled Eden in which love truly trumps hate, and the bonds of women unite a world torn asunder by masculine rage.

What Mamma Mia, in its self-aware similarity to and contrast with the Godfather films, offers us is a hopeful vision of a Utopian matriarchial realm of magnificent self-expression as we endure our present patriarchy of cruelty and oppression. That's what musicals have traditionally been, of course, surreal dreamscapes where characters express themselves through music.  Now that our living history is a surreal horror film nightmare, perhaps a world resembling the love-soaked fairytale of the musical comedy isn't so impossible after all. Perhaps it is all about choosing to make history of a different genre.

As a young leader once said, we should pursue politics as the art of making what appears to be impossible, possible -- but in a good way, instead of the Lynchian WTF shitshow we've manifested in the present. For eons on this blood-stained earth, men have campaigned in poetry and governed in prose -- but the women of Mamma Mia show us that we dream in song.

And a better world always begins with a dream. 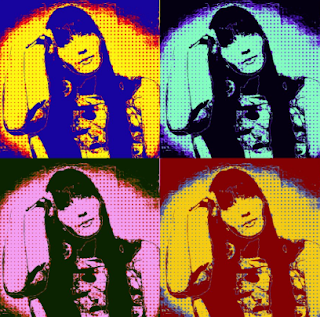